Friends of the Behavioral Economics Blog, this week we present the paper “Why do people stay put in environmentally stressful regions? Cognitive bias and heuristics in migration decision-making”, by Czaika, M. and Reinprecht, C. (2022), in which authors talk about the cognitive biases and heuristics that may underlie migration-related decision making by people living in stressful environments.

Human migration and mobility are massive phenomena. Currently, more than 270 million people live outside their country of birth, more than 700 million have moved between regions within the same country, and 1.2 billion people cross borders for short trips each year.

Until they make the decision to move, these people are part of a latent population of potential migrants.

In addition, about 500 million people think that they may have to move, due to environmental problems, in the next 5 years.

Most people exposed to slow or rapidly deteriorating environmental conditions do not migrate despite the availability of exit options. This is because there are drivers of immobility that limit migration and motivate people to wait and stay.

There are economic, political, social, cultural, demographic, ecological and environmental factors that affect decision making of this type.

The fundamental ones are usually economic, such as unemployment, wage disparities, or lack of economic opportunities.

On the other hand, social ties with family and community are a very important retention factor. In a 2020 survey of citizens of Ethiopia, India, Peru and Vietnam, it was found that the majority of people who wanted to migrate did not do so because they did not want to leave their family living there.

The role of climate change is gaining momentum in migratory aspects and is worth mentioning, because it implies that both mobility and immobility may be the behavioral outcome of slow or rapid onset environmental stressors. However, economic factors remain the most relevant.

We may wonder why many more people do not migrate to take advantage of opportunities elsewhere, or why more people living in an environmentally stressful situation do not decide to escape.

The combination and interaction of economic, political, social, cultural and demographic factors shape the effect of environmental stressors on migration. They often act simultaneously, which makes it more difficult to analyze the reasons for not migrating.

What experts mention is that, in general, migration decision-making can be considered a two-step process: first, people decide whether they want to migrate, then where they want to relocate.

The first step consists of developing the intention, rather than simply a vague desire; the second step involves considering migration or behavioral options and deciding whether to migrate or stay.

To migrate, individuals need economic, social, emotional and cognitive resources. If they aspire to a better life but cannot execute migration, people may feel trapped, frustrated, and experience cognitive dissonance.

Behavioral sciences propose three main cognitive biases: first, the status quo bias, that is, people have a strong preference for the context and situation in which they currently live, which can be reinforced by the endowment effect, which would be the second bias. According to this, people value what they have more than what they could have, even if both are of equal value. And finally, regret avoidance, i.e., people prefer to avoid anticipated negative outcomes resulting from action rather than inaction.

Authors recommend that people with migration aspirations decide on their long-term relocation after exploratory visits that reduce uncertainty about the new place of residence.

If you want to know more about Behavioral Economics and how to apply it to human behavior, take a look to our Certificate in Behavioral Economics, a formative program, in English or Spanish, 100% online and certified by Heritage University (USA). Now, with discounts for members of this club. 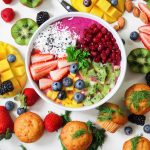 Options to include the principles of behavioral economics to nutritional health. Behavioral Economics Blog