Friends of the Behavioral Economics Blog, this week we present the paper “Age differences in the behavioral economics of cannabis use: Do adolescents and adults differ on demand for cannabis and discounting of future reward?”, by Borissova, A.; Soni, S.; Aston, E. R.; Lees, R.; Petrilli, K.; Wall, M. B.; Bloomfield, M. A. P.; Mertzani, E.; Paksina, A.; Freeman, T. P.; Mokrysz, C.; Lawn, W. and Curran, H. V. (2022), in which authors carry out a study to know how adolescents and adults behave regarding cannabis use, investigating, precisely, the aspects of demand and future rewards discount.

Cannabis is one of the most widely used recreational drugs worldwide. Approximately 3.8% of the world’s population used it in the past year. 22.5% of 15-year-olds in England, and 28% of 15-16 year olds in the United States, reported using it in 2020.

We have already mentioned several times why adolescence represents a particularly vulnerable period for human beings. It is a stage of psychological development that involves changes in executive functioning involved in decision making and impulse control.

Cannabis has a wide range of effects on cognition, and therefore, exposure to this drug during early adolescence may adversely affect cognitive development.

Differences in cannabis use behavior and decision-making between adults and adolescents can be examined through behavioral economics, as proposed by the authors, since psychological and economic concepts are applied to help and shed light on the decision-making process of individuals.

From behavioral economics comes the concept of “reinforcer pathology”, which helps to understand the functioning of addictions. This concept refers to the fact that problematic substance use can arise from a very high valuation repeatedly given to a reinforcer, that is, a drug, as well as an excessive preference for immediate rewards over delayed rewards, even if the latter are more beneficial.

The latter is called “delay discounting”, and refers to the reduction in the value of a reward as the delay in receiving it increases, since immediate rewards are more highly valued. Cannabis use has been associated on multiple occasions with a very pronounced delay discounting, so understanding it may be a very important factor in understanding adolescents’ risk for developing an addiction disorder.

Authors then set out to investigate how adolescents and adults who use cannabis behave in terms of demand for the drug and delay discounting. To do so, they gathered 274 participants and surveyed them. The participants were divided into several groups: a group of adolescents aged 16-17 years and a group of adults aged 26-29 years who claimed to have used cannabis 1-7 days per week in the last 3 months, and a control group who claimed not to have used cannabis more than 10 times in their lifetime.

Those who used psychotropic medication, had a history of psychotic disorders and used any other drug more than twice a month, especially during the last three months, were excluded.

Some of the results obtained were in line with what was expected. People using cannabis had more pronounced delay discounting than people in the control group. There were no differences between adolescents and adults in terms of delay discounting, contrary to what the authors expected, and there was also no interaction between age group and cannabis use.

Regarding cannabis demand, adolescents had lower price sensitivity than adults, and higher consumption at zero price. This surprised the researchers, as it does not seem logical that, if adolescents earn less money, they would have less sensitivity to the price of the drug than adults.

Authors conclude the study by recommending further research in this field, as the problem of cannabis and its use is an interesting and still largely unknown topic. Furthermore, the application of behavioral economics is strongly recommended to better understand how addiction mechanisms in general and cannabis use in particular work. 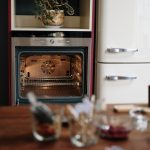