Friends of the Behavioral Economics Blog, this week we present the paper “Top Ten Behavioral Biases in Project Management: an Overview”, by Flyvbjerg, B. (2021), in which the author explains a series of biases related to cognition, politics and power, that he considers fundamental to bear in mind in project management.

Since the early work on biases by Tversky and Kahneman in the 1970s, the number of biases identified by behavioral scientists has skyrocketed in what has been called “a behavioral revolution” in economics, management, and the social and human sciences.

In this article, the author gives a description of some behavioral biases that he considers particularly important in project planning and management, so if you are a project manager, you should pay attention!

The biases chosen by the author are those that, from his point of view, are most likely to trip up project planners and managers, negatively impacting project outcomes if the biases are not identified in advance and addressed early.

The author argues that behavioral biases are not limited to cognitive biases alone, but that “political biases” also come into play.

For him, behavioral economics in its current form focuses too much on cognitive psychology: economic decisions are taken into account too much in psychological terms, the author believes that more attention should be paid to political, sociological and organizational perspectives.

Some of them are the illusion of control, the conservatism bias, the normality bias, the topicality bias, the neglect of probability, the cost-benefit fallacy… among many others. The author decides to focus on some of them, although here we will not be able to name all of them, if you want to know more, we recommend reading the original article.

On the one hand, we have the optimism bias, which is cognitive, and refers to the tendency of people to be overly optimistic about the results of planned actions.

In optimism clutches, people are not aware that they are being optimistic. They overestimate the benefits and underestimate the costs. They involuntarily misrepresent success scenarios and overlook the potential for mistakes. As a result, plans are unlikely to yield the expected benefits.

Another interesting bias is the uniqueness bias, which psychologists have identified as the tendency of individuals to see themselves as more unique than they really are, e.g., uniquely intelligent or attractive.

This bias is particularly interesting in project management, because project planners and managers are systematically “primed” to see their projects as unique and different. This bias tends to prevent these managers from learning, because they think, precisely, that they have little to learn. And this, research has shown, leads managers to be affected by this bias performing worse than others.

By seeing things from this perspective, planners focus on the specific circumstances and components of the project they are developing and look for evidence in their own experiences, to the detriment of the final project.

This bias increases the underestimation of risk, leading to risk-taking that probably would not have been accepted if the actual probabilities had been known.

There is also the planning fallacy, which the author classifies as a subcategory within the optimism bias, which arises from individuals producing plans and estimates that bear little resemblance to reality. It is the tendency of individuals to, on the one hand, underestimate the costs, schedules and risks of planned actions, and, on the other hand, overestimate the benefits and opportunities of actions, creating risks for projects.

The author also mentions anchoring, which is the tendency to rely too much or “anchor” on one piece of information when making decisions. Anchoring feeds into other biases, such as availability bias and topicality bias, which induce people to anchor on the most readily available, easily accessible information, as well as the most recent information. This results in the underestimation of probabilities in general, and therefore of risks in particular.

The author names other interesting biases, but we have made a small selection here. He also recommends further research on the subject, since biases affect human beings in all facets of their lives and, therefore, knowing about them is not only useful for business or interpersonal relationships, but also for oneself. 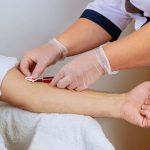 Exploring the use of “nudges” to improve prevention of STD transmission in men. Behavioral Economics Club 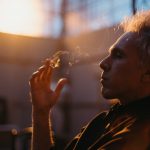