Friends of the Behavioral Economics Blog, this week we present the paper “Behavioral Economics and Tobacco Control: Current Practices and Future Opportunities” by Littman, D.; Sherman, S. E.; Toxel, A. B. and Stevens, E. R. (2022), in which authors think about how we could apply the seven basic principles of behavioral economics to prevention campaigns of tobacco use.

Improving tobacco control and treatment remains a medical priority. Despite progress in recent years, smoking remains the leading preventable cause of death in the United States, causing 480,000 deaths annually and $300 billion in related economic losses.

Current behavioral and medical treatments have been successful, but not enough. To address the considerable health burden (even worse now as we continue fighting against Covid-19), there is a continuing need to develop better tobacco use control and prevention interventions.

By combining elements of economics and psychology, behavioral economics provides a framework for designing novel solutions to help smokers quit when traditional interventions have failed to do so.

The principles of behavioral economics, according to Dawnay and Shah, would be “other people’s behavior matters”, “habits matter”, “people are motivated to do the right thing”, “one’s own expectations influence behavior”, “people are loss averse”, “people are bad at calculating”, and “people want to feel involved and effective”. In total, 7.

In a quick compilation of behavioral economics articles applied to tobacco prevention and treatment, 198 articles out of 230 were about financial incentives. But what about the other possibilities?

The authors mention that other people’s behavior matters. That is, when making decisions, people tend to model their own behavior based on those around them. The extent of influence of others’ behavior also relates to who has the most influential personality. The ingroup bias suggests a predilection for modeling the behavior of those with a shared social identity. Even celebrities would influence normal people.

Future research could evaluate the performance of campaigns by influential people who have quit smoking and their results, which may encourage viewers to follow their path.

The second principle mentions that habits matter. Behavior is habitual and we always follow routines. Relying on habits reduces the mental energy required to complete tasks, even if the habits are not efficient or healthy. Habits provide opportunities for behavior change, first by using current ones, and also by creating new ones.

Future research may evaluate replacing cigarettes with e-cigarettes, for example, so that the habit of smoking continues, but harm is reduced.

Authors also mention that people are motivated to do the right thing. The perception that an action is carried out for the public good or for the good of others influences behavior. Appealing to people’s sense of altruism can be an effective and efficient approach to behavior change.

On the other hand, there is the idea that one’s own expectations influence behavior. This happens because people want their actions to be in line with their values and commitments. Engaging openly with friends, family and even strangers may increase the extent to which behavior change occurs, which could be used in this context.

The fifth principle is that people are loss averse. Behavioral economics research suggests that losses produce more emotional reactions than gains. Developing and testing interventions that change the framing of economic incentives to exploit this principle could be interesting, focusing not so much on gaining something, but on losing it.

On the other hand, people tend to be bad at math. Many studies suggest that humans have a poor understanding of probability and statistical concepts in general, which helps explain the popularity of playing the lottery. To exploit this lottery’s appeal, smokers could be told what they could have won if they had completed an action related to quitting smoking, for example.

Authors encourage the continued development of projects dedicated to the treatment of smoking from behavioral economics, as they believe that it provides very good ideas to achieve positive results for such a representative problem for the health of people around the world. 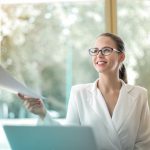 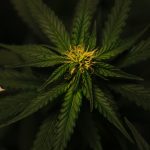