Friends of the Behavioral Economics Blog, this week we present the paper “Why do people avoid and postpone the use of voice assistants for transactional purposes? A perspective from decision avoidance theory”, by Malodia, S.; Kaur, P.; Ractham, P.; Sakashita, M. and Dhir, A. (2022), in which authors carry out a study to know how evitation and procrastination work related to the use of intelligent virtual assistants.

Consumers have shown notable interest in adopting voice assistants equipped with artificial intelligence, known as “smart speakers.” An example is Alexa (from Amazon), Siri (from Apple) or OK Google.

The creation of these assistants is expected to redefine the ways consumers interact with businesses and engage in various purchasing activities.

While the adoption of voice assistants is impressive, most consumers have several fears, concerns, and misconceptions about using them in their daily lives. The most common fears and prejudices are related to security, privacy and various financial risks.

As a result, the actual use of voice assistants remains limited to non-transactional activities, such as searching for information, listening to music, and checking news and weather updates.

In Japan, a recent report suggests that only 17.5% of those who own voice assistants use them for transactional purposes. In addition, more than 60% expressly avoid this type of behavior. But what are the reasons?

Because inertia and postponement can result in missed opportunities for marketing experts, it’s a topic that demands in-depth research. It is important to know the background and consequences of evasion and postponement.

Previous literature on avoidance suggests that cognitive biases and nudges are two important antecedents that reinforce or mitigate the influence of consumer decision avoidance.

It is not known, however, whether nudging techniques are effective in mitigating the negative influence of consumer decision avoidance in the context of transactional use of voice assistants and, if so, how the process works. The question also arises as to whether the push can be counterproductive if it is not implemented correctly.

In 2003, decision avoidance was defined as “a tendency to avoid making a choice, postponing it or looking for an easy way out that does not involve any action or change”. When facing difficult decisions, consumers often go into decision avoidance mode to escape feeling uncomfortable. Decision avoidance theory is based on three psychological measures: inertia or status quo bias, action or omission bias, and delay or deferral of choice. This point is further explained in the original article.

Authors identified context-specific dimensions of inertia and procrastination through a qualitative study involving 29 in-depth interviews. Senior executives (5) who worked with popular voice assistant brands were interviewed, as well as consumers (24) who used these assistants in the last six months.

Consumers were found to be using them through their phones and also through smart speakers, with Amazon being the most popular company.

Consumer interview questions were designed to understand their experiences with and apprehensions about voice assistants.

Although authors had hypothesized that nudges might help reduce procrastination, the results revealed a significant positive association between both. In addition, support was found for the idea that cognitive biases significantly discourage the use of voice assistants for transactional purposes, as well as for the idea that nudges could significantly improve the intentions to use voice assistants for transactional purposes.

​​If you want to know more about Behavioral Economics and how to apply it to human behavior, take a look to our Certificate in Behavioral Economics, a formative program, in English or Spanish, 100% online and certified by Heritage University (USA). Now, with discounts for members of this club. 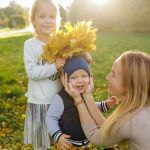 The economic and social burden of attention-deficit/hyperactivity disorder among children and teenagers. Behavioral Economics Blog 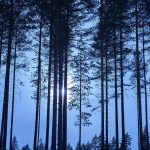