Friends of the Forensic Science Club, this week we present the paper “Youth Serial Killers: Psychological and Criminological Profiles”, by García-Baamonde, M. E.; Blázquez-Alonso, M.; Moreno-Manso, J. M.; Guerrero-Barona, E. and Guerrero-Molina, M. (2022), in which authors make a revision of previous literature on youth that has committed serial murders, to know some interesting data to elaborate their criminal profiles.

The phenomenon of serial murders occupies a unique place in the field of criminology, but also in the criminal justice system, especially when the perpetrators of these and other types of violent crimes are minors.

In addition, there is a great lack of understanding of the phenomenon of serial murders. The issue is surrounded by great media sensationalism that always arises around the question of whether serial killers are born or made.

On the other hand, there are many media that classify those who commit these crimes as “monsters” or “demons”, this being one more part of the media circus that surrounds these cases both at the judicial and social levels. This contributes and feeds the collective mentality influenced by the media that does not skimp on giving details about the crimes and that, sometimes, can even turn the perpetrators into celebrities.

In order to gain a better understanding of the phenomenon of serial murders, their extent and seriousness, and focusing on those committed by young people, authors carried out a review of the literature on the topic.

Authors consider that legal and social problems do not occur only in cases in which young people or minors commit serial murders, but since they commit violent crimes.

Despite the terminology often used by the media, young offenders are not monsters or beasts, and often have no criminal record.

Sometimes these first crimes take place because they cannot refuse peer pressure. Normally, there will usually be an explanation.

One thing that strikes the authors, and is of particular concern to them, is that since the mid-1980s and around the early 1990s, there has been an unprecedented growth in youth homicides. The data suggests that young people are currently involved in more crimes than previous generations.

The most common case is these young people belonging to street gangs, a very particular criminal phenomenon, since it has specific variables that make it different from the rest of juvenile delinquency.

Based on these data, the psychosocial and criminological profile of young people who commit homicides is not comparable to the criminal profile of common murderers.

It should also be mentioned that cases of serial killers where the perpetrators are children or young people are, of course, much less frequent than cases of adults.

Some of these young people come from broken families where they are not able to acquire a stable personality. Thus, they continually seek to satisfy their desires through fantasies of domination and control.

Similarly, some may have experienced physical, sexual and emotional abuse, often simultaneously.

Research on the impact of child maltreatment on violent behavior has shown that maltreatment and exposure to violence, in any form, is an important predictor of criminal behavior.

On the other hand, psychopathy appears, which we all know, and which generates serious problems in the affective, interpersonal and behavioral dimension of humans, so much that psychopaths can victimize others without their ethical awareness being affected.

Many features of psychopathy begin to emerge in childhood and can be more or less easily identified, as well as in adolescence and young adulthood. For this reason, attention should be paid to minors who experience risk factors such as mental health problems, problems in their upbringing, a history of substance abuse, very intense impulsiveness, emotional instability, total absence of guilt, etc.

This article has some limitations. For example, there is a low prevalence of juvenile serial killers, which makes it difficult to study these specific cases, so the analysis should be taken with caution.

However, despite the limitations, the original article underlines the importance of some psychosocial factors for a better understanding of the process by minors who end up committing crimes as serious as serial murders. 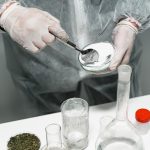 Is it possible to improve the techniques used in forensic analysis? Club de Ciencias Forenses