Friends of the Forensic Science Club, this week we present the paper “Modus of Killer Profiling in Nordic Crime Series” by Bjelajac, Z. and Filipovic, A. (2022), in which authors make a revision about what we know about criminal profiling and how it is represented in nordic crime series, making them particularly realistic.

Criminal profiling may seem like a recent field of study, but the truth is that it has a very long life, although at its beginning it was not as we know it today.

People charged with conducting criminal investigations throughout history have always worked with indicators of mental and physical characteristics.

Criminals were studied individually, as medical patients; their physical characteristics, their sensitivity and intelligence, their habits, their language… all of them were recorded.

Within the framework of anthropology, Cesare Lombroso was a very important expert, who already at the end of the 19th century made a typology of criminals.

According to him, there were born criminals, who had physical, physiological and psychological abnormalities that made them more likely to commit crimes. They had the wildest, most primitive instincts and were callous, born to crime.

We also have the existence of mentally ill criminals, criminals out of habit (with a disposition for crime, morally unbalanced), criminals out of passion (hypersensitive people with a sanguine temperament, very nervous) and random criminals (commit crimes under the influence of external stimuli).

Lombroso’s theories were very popular in his days. His research fueled the development of criminology and forensic psychology, and achieved scientifics’ attention.

Today, it is known that, specifically, Lombroso was quite misguided with this classification of criminals; however, it cannot be denied that important advances were made thanks to him.

Nowadays, experts try to establish a series of patterns to detect serial killers, following early warning signs. For example: growing up in dysfunctional families or having a difficult childhood. Even a high IQ, as it has been observed in a significant number of serial killers. The latter is a point that is reflected in Nordic crime series.

Why do authors mention these series? Well, because these are series with a very original atmosphere, which has relegated American police series to a second position. Unlike these, which include stereotypical stories, the Scandinavian crime series follows dramatic, intriguing investigations, dealing with social and emotional issues of brutal crimes, as well as their impact in politics and the media. Above all, they emphasize the importance of forensic psychology and criminal profiling.

But returning to the idea that serial killers might share a number of traits, what would they be?

Some of them have a history of arson, preteen bedwetting, and torturing small animals. These traits are known as the McDonald’s Triad and are kind of controversial, as many experts consider them traits of abuse; but, at the same time, abuse itself is also known as an indicator of risk.

Other characteristics are emotional manipulation, fantasies and delusions of grandeur, asociality, poor impulse control, among others.

We must mention that, although the Scandinavian series are the ones that mostly represent criminal profiling and forensic psychology in greater detail, the truth is that criminal profiling arised, mainly, in the heart of the FBI. The series “Mindhunter” represents it very well: John E. Douglas and Robert Resler were the ones who, working as agents for the FBI, introduced a revolutionary approach to solving crimes, creating a database based on the psychological profile of criminals through direct interviews with them.

So how do the Nordic series depict forensic psychology and criminal profiling?

First, it should be noted that the personal problems of the protagonists and investigators are naturally shown, turning them into people, not heroes.

In these series, we look at how the crime scene is connected to the perpetrators and the information is developed in detail.

For example, in the series “The Killing”, set in Copenhagen, there are many plot twists, a predominating dark environment, and similar importance is given to the story of the victim’s family and the political implications of the investigation. This series emphasizes that many stalkers don’t look like it, and apparently, are good people.

On the other hand, there is “Modus”, which is a story about hatred and intolerance towards homosexual people and explores issues such as homosexual prostitution, the adoption of children from homosexual couples, or discrimination against these people in general.

“Darkness: Those who kill” tells the story of the investigation about the disappearance of a girl, where the culprit has an antisocial personality, with a history of assault, rape and imprisonment, with anger issues as a result of her childhood trauma.

In short, what these series tell us is that criminal profiling has a solid scientific basis, but intuition, imagination and experience are also very important. An experienced criminal investigator thinks of the perpetrator of the crime, and when he/she gathers all the facts about the perpetrator, he/she considers them in detail; then he/she builds up an image of that person and makes a series of reasonable predictions about how he/she will react in the future. This approach is what has given these series the popularity they have today. 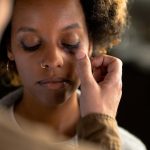 The closer, the better: do criminals choose the location of their crimes based on their routine? Forensic Science Club

Associations between the Dark Tetrad and the fascination with fires. Club de Ciencias Forenses