Friends of the Forensic Science Club, this week we present the paper “Cyber terrorism and public support for retaliation – a multi-country survey experiment”, by Shandler, R.; Gross, M. L.; Backhaus, S. and Canetti, D. (2021), in which authors carry out a study in different countries to know how the people’s political opinion changes when they are informed about cyberterrorist attacks, compared to conventional terrorism.

Those engaged in cybersecurity have been warning us some time ago of the growing threat posed by cyberterrorism.

In recent years, after some reports of next-generation cyberattacks causing palpable destruction around the world, it seems that we are finally getting serious about it.

In fact, terrorism experts already use the term “kinetic cyber”, which would be the ability to use cyberattacks to achieve kinetic effects.

There are those who question the importance of cyberterrorism, alleging that its effects are hyperbolized; however, there is increasing evidence that terrorist organizations use IT tools to launch attacks that become more sophisticated over time. This causes the public to feel increasingly insecure about the destructive capacity of cyberterrorism.

Furthermore, it raises significant new questions for political science, which are likely to become increasingly relevant. For example: how does exposure to cyberattacks affect the political preferences of the population? By what mechanism does exposure to cyberattacks produce changes in these preferences? And how does this differ from changes resulting from conventional terrorism?

One idea is that cyberterrorism may elicit a weaker political response, due to its lack of history of fatal consequences. This is part of what this study addresses, but first, let’s delve a little deeper into these issues.

During decades of research, attempts have been made to thoroughly identify how exposure to political violence in general, and to terrorism in particular, determines the political preferences and behavior of the population.

Exposure to conventional terrorism undermines people’s sense of security and heightens feelings of vulnerability, fosters a threatening worldview and increases support for tough policies, as well as leading to increased demands on governments to undertake strong actions against terrorist groups.

All of these behaviors are reflected in the tendency to develop negative external sentiments and right-leaning political behavior.

One difference between cyberterrorism and conventional terrorism is that the former has not, so far, threatened the physical safety of civilians, and perceived lethality is critical to understanding the impact of the terrorist attack.

On the other hand, a recent study mentions that, in a 2019 survey, the participants who expressed anger after the terrorist attack were the most in favor of taking active retaliation against terrorists, such as drone attacks.

To explore these questions, a large survey was conducted, with more than 1,800 participants from the United States, the United Kingdom, and Israel. A series of videos were shown to them, from different categories: cyberterrorism with deadly consequences, conventional terrorism with deadly consequences, non-fatal cyberterrorism and non-fatal conventional terrorism.

It appears that civilians respond politically to cyberterrorism with the same intensity as to conventional terrorism only when it has deadly consequences. The distinction between fatal and non-fatal attacks would be what would define the political impact on the population.

On the other hand, cyberattacks and conventional terrorism would operate through a similar psychological mechanism, where anger would be a mediating element.

While some empirical research has already begun to examine how political preferences are formed when the perpetrator of cyberattacks is unknown, authors encourage further research focused on this topic.

In addition, recent research indicates that public speeches by leaders can have a significant effect on public levels of anger, so authors recommend digging into that as well.

A final revelation of the data was the country-specific effects. US respondents showed very little variation in the intensity of anger and retaliatory attitudes between one type of terrorism and another, while in the UK and Israel sentiments are somewhat more polarised. 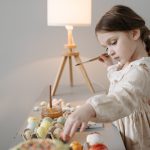 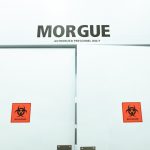