Friends of the Forensic Science Club, this week we present the paper “From verbal account to written evidence: do written statements generated by officers accurately represent what witnesses say?”, by Milne, R.; Nunan, J.; Hope, L.; Hodgkins, J. and Clarke, C. (2022), in which authors carry out a study to know how exact police agents are when it comes to transcript the statements of victims and/or witnesses.

Witnesses are central to most criminal cases; in fact, there are many experts who believe that they provide the most compelling evidence at trial.

Consequently, much attention has been paid throughout the history of the psychology of testimony to the development of techniques to help elicit reliable, relevant and detailed information from witnesses during their interviews.

Traditionally, witnesses provide their narrations at two distinct points in the criminal justice process: first, when they are interviewed during the investigation, and then when they testify at trial.

The written statement that is produced when the interviewer assimilates the information provided by the witness at that first point is a key element for the investigation that must be an accurate representation of what the witness reports.

The criminal justice system relies precisely on the accuracy of this document to avoid misinformed judicial decisions.

The production of written statements often takes place at the same time the witness is interviewed, however, this depends on the circumstances. For example, the type of crime and its seriousness, the training or preferences of the officer, among others.

To date, research in psychology has focused on improving the understanding of how the interview process can affect the witness’s memory, and what techniques can be used to improve the quality and quantity of obtained information.

Some experts, in fact, have argued that written statements are mistakenly treated by the criminal justice system as a verbatim record of the interview, when they are not.

In a 1994 experiment, the statement-taking process was examined and it was found that statements written by the interviewer immediately after the interview contained only ⅔ of the information reported by the witness.

In 2011, another similar study revealed that 68% of the information provided by the witness was omitted, and of this percentage, 40% was information relevant to the crime.

These types of errors of omission may be due to the cognitive load inherent in the multitude of tasks that constitute the statement-taking process, such as active listening, asking pre-chosen questions, assimilating the reported information, and finally taking notes.

Using cases drawn from different UK law enforcement agencies, the article’s research focused on examining the consistency between interview information and the resulting written statement. Officers were asked to videotape their interviews and a total of 15 were collected for the study.

A number of categories were formed to which attention had to be paid: consistent details mentioned by the witness and included in the statement, omissions, distortions, contradictions, and intrusions of unmentioned information.

For each case, two subjects would have to write a document from the interview, which were later compared with the video.

The 15 final statements contained errors. Their content diverged from the original verbal account provided by the witness in several ways.

The most common type of error was omission errors, which ranged from 4.76% to 51.81%. This was followed by distortions, ranging from 1.85% to 19.28%. Three statements contained contradictory information and only two statements did not include any errors.

In this sample, therefore, the evidentiary product (the written statement) was never an exact replica of what the witness actually said, except in the two cases mentioned. In fact, in some cases there were considerable discrepancies between the verbal account and the written record, which is worse.

This may be, as we have previously mentioned, because of the cognitive demand associated with the interview. In addition, research examining memory for conversation has found that we tend to function by retaining the gist of a speech, rather than every word.

What the authors recommend to alleviate these mistakes is, whenever possible, to take advantage of technological means to record the statement, both audio, or audio and video, especially when we are dealing with a crime involving a particularly sensitive victim or important violence. 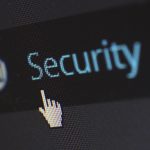